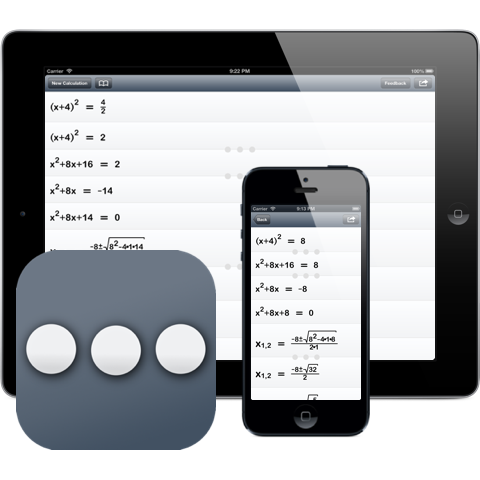 Polynom is more than just a calculator. It solves your math exercises by providing simple step-by-step solutions. It is fast and simple to use, yet powerful by providing easy to follow explanations.

Math is about problems. Polynom solves yours.

Just enter an exercise and Polynom will show you a simple solution. Now, you will not only solve your exercises more quickly, but also understand every single step in them! 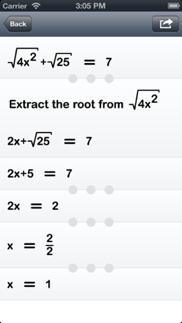 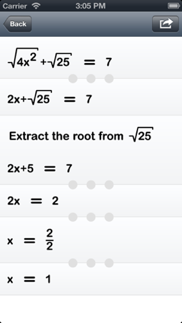 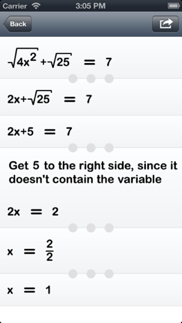 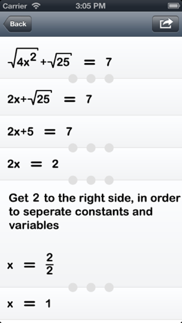 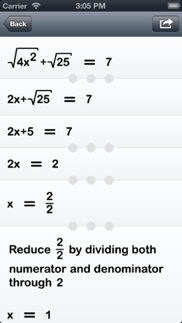 If you don't understand a step, just tap on it once in order to get an explanation about what happened. 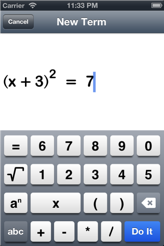 Simplify & Solve. Enter a term and Polynom knows what to do.

No matter if you want to simplify a term or solve an equation, Polynom automatically does what you want it to do - and explains the appropriate steps.

Solve your math problems. Use Polynom.